Is a Solo Performance by queer artist Teo  Vlad dealing with the topic of Transgender and questions on binary (Male/Female) Gender Identity based on the personal challenges and experiences of being trapped in a body that doesn’t belong to you but also not being able to fully transition as the other possible Identity also does not seem to fit entirely. Lost between two genders a Morph-alien appears, which struggles to find acceptance amongst others. The inner fight is revealed by the bodys fragmented movement. Fullfillment seems to only be found in the empty, naked Body?! Or in transcending the body entirely?!

A simple story about alienation and isolation of Self, framed by cultural judgement and gender identity stereotypes, which starts as a theatrical play but ends up somewhere at the realm between Butoh and Contemporary Dance Improvisation, reality and fiction at once, melting into a Silent Film with a bit of a Queer twist. 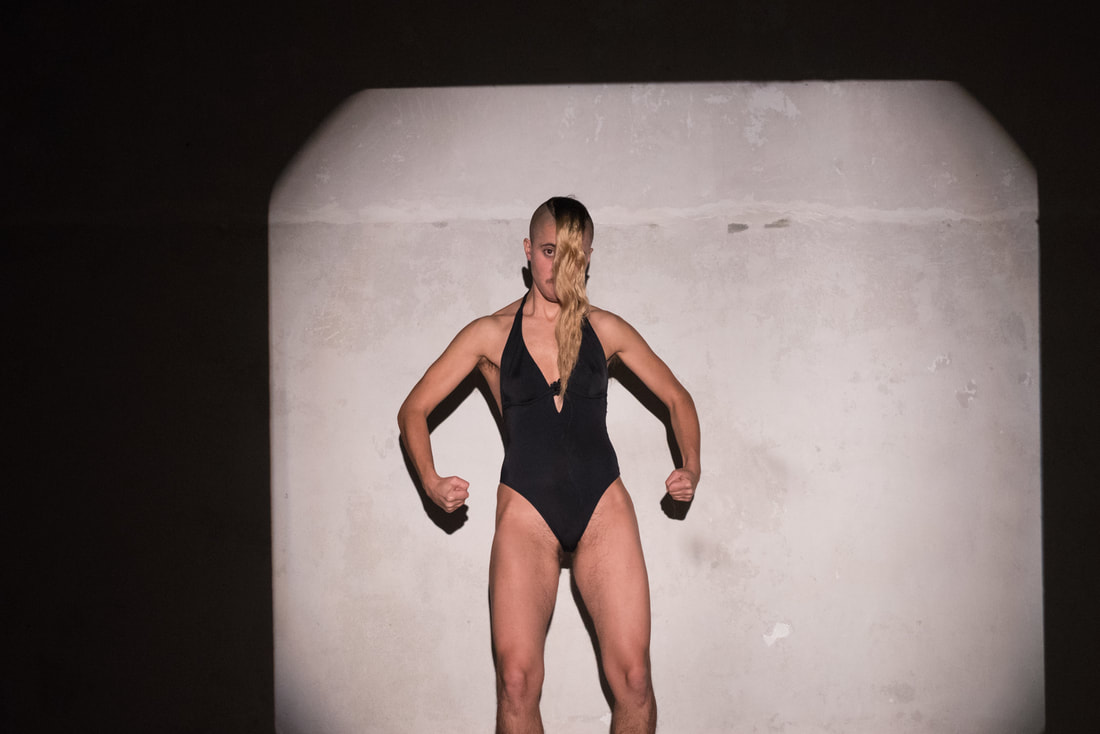 Trans-identity is often hard to understand and imagine, especially since we are all conditioned to believe that Duality is the only normal way of life. What struggles appear in ones own Self and with the surrounding environment are sometimes surprising even for the transgender individual. More to that, what happens when you can’t even decide that from now you will stop to be female and become male? Or when you realize you have been trapped in a social frame all along, but it is you who keeps the boundaries?

A mix of butoh inspired narratives and techniques with elements of contemporary dance Improvisation and martial arts, an invisible theater play within a silent film, Transbiology is a short interactive Solo performance to reflect on the process of transforming male to female to male to female to No-Body to Empty body realities, in the form of a character that appears from another world through the light of an ancient Slide-Projector and emerges and interacts with the audience and the live sounds.

Starting from in between the audience as a normal person, the character continuously plays with the existence of the 4th wall, repeatedly escaping it and breaking it… which always leads him to be thrown back into the frame, until he tries left and right and over and underneath, finally manages to get out into the light, a new light… slowly walking back to sit with the audience and watch his own LIFEfilm.